Release from liability is a broad term that refers to a universal discharge from all potential civil claims that may arise from a disagreement or unforeseen event. Given that a releaser is surrendering all claims against a different party (both identified and unidentified), the releaser should proceed with caution and must also have full knowledge of all privileges and rights granted by the law.

What is a Release of Liability Form?

This is a written document that describes an agreement made between two or more parties to surrender a legal claim to something. When a releaser gives up a claim, he or she agrees not to pursue legal action. This is usually done in exchange for monetary gain. In other words, the form allows two or more feuding parties to resolve a disagreement out of court.

This form can be utilized to relinquish a claim for injury or loss that has already been suffered. A good example is when someone gets injured during a car accident. The document can be used to surrender any future claims for restitution or compensation.

What Does a Hold Harmless Agreement Do?

This can be defined as a clause usually included in contracts that involve third parties. The section seeks to absolve one party from blame or legal responsibility as a result of actions of commission or omission by third parties. A good example of a circumstance whereby this agreement is commonly used is construction contracts. Provisions of this type of agreement reduce the danger of being held jointly responsible for loss, damage, or injury suffered by a complainant. They also allow you to file for indemnity in the event that a subcontractor or any of the subcontractor’s employees suffer loss, damage to property, or injury.

What Information Do I need to Make a Hold Harmless Agreement?

You must be ready to provide the following pieces of information prior to entering into this type of agreement:

The following are broad classifications of this type of arrangement:

Intermediate form: This is an arrangement whereby a subcontractor agrees to take legal responsibility for any accidents or acts of negligence.

Limited form: This is a situation whereby a subcontractor agrees to take responsibility strictly for accidents or acts of negligence that can be directly attributed to the company.

How to Write a Release of Liability

The following are factors that must be taken into consideration when preparing a waiver of liability form:

Releaser: Releaser is the person who commits not to pursue any action of legal nature against the offender.

Releasee: Releasee is a person who sponsors or organizes a potentially hazardous activity. This is the person who is in danger of being sued.

Governing law: These are the laws that would be applied when resolving any potential dispute.

Date: It is the date when the arrangement would officially become effective.

Description of the event: It includes the information about the circumstance has already caused/ may cause injury or loss.

Consideration: This is something of value that would be given in exchange for discharge from liability.

When preparing a waiver of liability form, the following information may also be included:

assumption of risk, names, and signatures of witnesses, who will pay for insurance costs, right to a lawyer, who will pay for medical treatment, and provision for release of photographs and other forms of evidence, among others.

If you intend to participate in an event that involves a waiver of liability, it’s very likely that you would be asked to sign a form that releases the sponsor from legal responsibility. In case you express unwillingness to sign that form, you will most probably not be allowed to take part in that activity. Do not append your signature on that form if you can’t tell how dangerous that activity would be or if you don’t like the associated risks.

The parties involved can be broadly classified into two; releaser and release.

A releaser is a party who is willing to abandon any current or future legal claim, while a releasee is a party who seeks to be discharged from any liability.

In some instances, both parties may claim to be victims, and this is where a Mutual Release of Liability Agreement can come in.

When Should I use a Hold Harmless Agreement?

You should consider using this type of agreement when there is a need to shield another party from legal responsibility that may arise from a specific activity. For instance, an indemnifies intends to host a camp for children in mid-February 2021. The event will take place in Mrs. Ann McLaren’s piece of land. A Hold Harmless Agreement can be used to shield Mrs. McLaren from liability in the event that some of the children fall ill or sustain injuries from accidents during the forthcoming 7-day event.

When to Use a Release of Liability

In most cases, a release form is used to free a defendant from liability when the complainant suffers damage, loss, or injuries as a result of an accident or other occurrences.

The waiver of liability form can be used to pay off a victim of a car accident so as to discharge oneself from legal responsibility if, for instance, you are to blame.

It can also be used to waive any claims that may be filed against your company in the future following body injuries suffered by employees during a potentially dangerous activity.

You can make use of the liability waiver form to free contractors from legal responsibility if they cause damage to property while offering assorted services.

What Kinds of Protection Does a Hold Harmless Agreement Generally Cover?

What are the Risks of Not Using a Waiver of Liability Form?

There are a number of problems that may arise because of failure to make use of this important legal provision.

Valuable time can be lost by both parties. As a releaser, you may spend weeks or even months in unnecessary arguments. This may force you to hire lawyers to represent you in court. On the other hand, a releasee also stands the risk of spending considerable lengths of time in unnecessary legal battles, yet this time could have been invested in building a business.

Both parties can lose substantial amounts of money. A releaser, for instance, may be forced to spend money to settle unforeseen medical costs or to fix damaged machinery and equipment. Similarly, the release may be compelled to part with significant amounts of money by way of legal fees in attempts to win legal battles.

Explanation of this risk factor using an example

Professor George Edwards is a renowned gynecologist and consultant obstetrician who has been working for John Hopkins Hospital in Baltimore, Maryland, for more than 10 years. He has been an accomplished doctor for close to 30 years. Before joining the giant medical provider, (John Hopkins), he had worked for a number of leading hospitals spread across Maryland.

One thing that has always fascinated his patients is that the doctor always asks all patients to sign a release of liability forms before the commencement of any complex surgical procedures. In case the patients are in distress, their immediate relatives are asked to sign these forms on their patients’ behalf.

The main reason why Professor Edwards takes this precaution is that even though he has confidence in his skills, abilities, and experience, he knows that things often go south. In the unfortunate event that this happens, the doctor would be safe from possible legal persecution by unsatisfied or even malicious patients and their relatives.

Do you need a Release of Liability form or a Hold Harmless Agreement form that is well prepared by a team of experts? If yes, please visit the section of this website that contains downloads. You will find whatever you need.

What student activity requires a waiver of release?

Typically, an undergraduate student is expected to proceed for industrial attachment or internship at an actual workplace. In some workplaces, the student may be exposed to dangerous machinery and equipment. In such a case, the university would ask that student to sign a release of liability form. This would exempt the university from legal responsibility if that student, unfortunately, gets involved in an accident.

How long should I keep a release form?

This depends on various factors. If the potentially hazardous activity is yet to take place, it would be advisable to keep that document until that activity occurs. In case an event has already occurred, it would still be wise to keep that form until the other party fulfills its end of the bargain. The general rule of thumb is to keep your waiver of liability form for as long as possible.

What if the participant is a minor?

Legally, anyone who is below the age of majority is assumed to lack the capacity to transact any business. For this reason, it is mandatory to first seek consent from the minor’s parents or guardians.

Every state has varying rules related to the preparation of Release of Liability and Hold Harmless Agreement forms. Through this website, we can help you create exceptional documents that can be customized for your state. Furthermore, all the necessary modifications can be made to these forms. Therefore, you don’t need to spend considerable resources in the search for the aforementioned documents. Simply visit our website, download any form onto your device, and print. 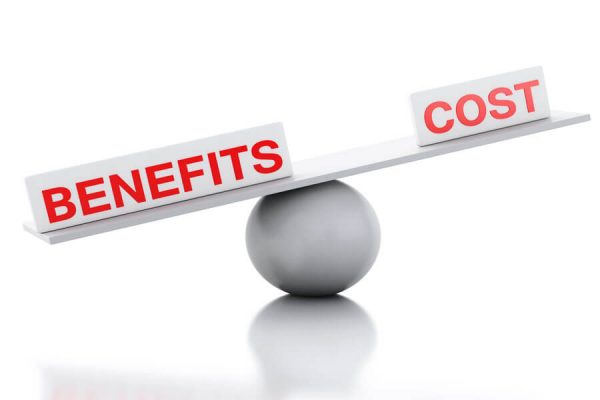 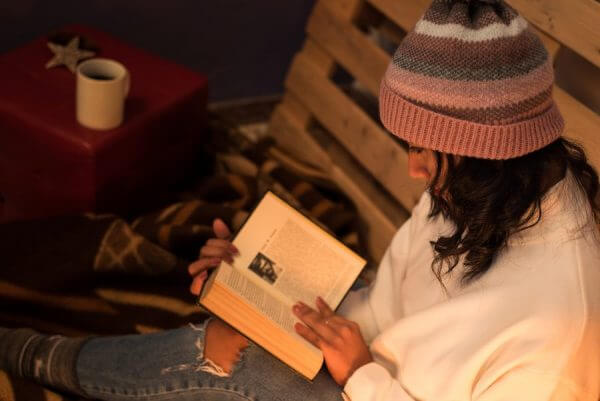 How to Write a Biography (Examples & Templates) 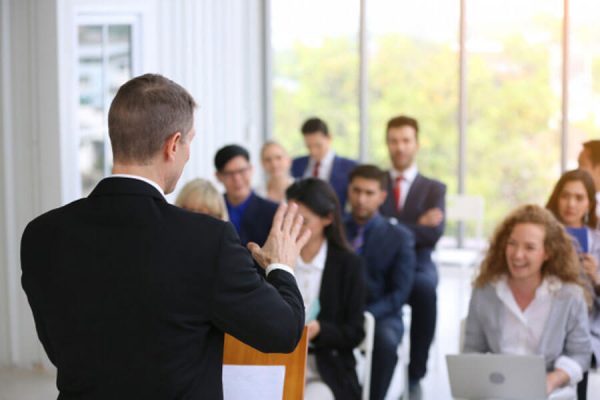 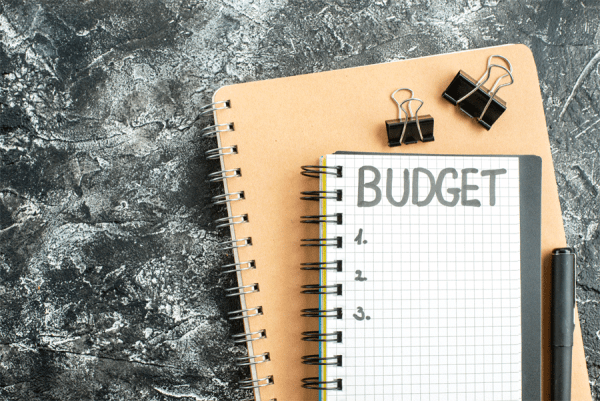 How To Create College Student Budget (With Templates)